Hi. I’ve just added new photos by Gabe Sachs from the backstage of the fourth season of “The Night Shift”. You can find them in the Photo Gallery.

Hi. I’ve just added new photos from the fourth season of “The Night Shift”.  For the screencaps thanks to Brendan-Fehr.Net. You can find them in the Photo Gallery.

Luke is back on the fourth season of “The Night Shift”. Luke, who plays Rick Lincoln, appears in the episode number 5 “Turbulence” which is going to be aired on 20th July 2017 on NBC.

Who’s ready for some American Ninja Warrior – The Night Shift season 4 synergy coming up? We’ve got that courtesy of Akbar Gbajabiamila.

NBC confirmed recently that the co-host of Ninja Warrior will be appearing on the upcoming July 20 episode entitled “Turbulence,” a story that will feature this celebrity cameo through the lens of a charity fundraiser. For a little bit more news on that, just take a look at the synopsis below:

The presence of Akbar is a smart move from NBC trying to use one show to promote the other — given that The Night Shift is perpetually a bubble show, we’ll take any opportunity possible to see a little bit of further synergy here. To go along with that further, American Ninja Warrior is one of the network’s top-rated summer shows, and given that many of the doctors and nurses are in pretty good shape on this show, the crossover makes some sense. It’s at least a little more feasible than them attempting to do some sort of America’s Got Talent crossover where Jordan and Paul try to keep Simon Cowell from pushing his buzzer.

This isn’t even the first time we’ve seen American Ninja Warrior cross over with a different NBC show — just remember Dr. Matt Iseman being entertaining as hell on The Celebrity Apprentice earlier this year … and winning it to go along with it?

As for the other stories…

The one that immediately stands out to us is that we’re going to get a chance to see Luke MacFarlane back on the show, given his appearances on the show are reasonably few and far between thanks to other commitments. The story that he’s thrown into is a little familiar for medical dramas given that airplane rescues do make for exciting bottle-episode-esque storylines.

As for what’s going on with Scott and the Tinder date, that just sounds all sorts of hilarious and we’re here for whatever happens as a result of it.

Whether it be our review of the most-recent episode or a further preview for what is coming up next, you can get all of that over at the link here! One other thing worth noting is that there will be an exclusive interview up at the site with J.R. Lemon before the next new episode. With that one, you’ll get a tease of what’s ahead for Kenny the rest of the season. (Photo: NBC.) Saturday night, Luke Macfarlane returns to Hallmark Channel’s Christmas movie lineup for the second year in a row with The Mistletoe Promise, based on the book by Richard Paul Evans and co-starring Hart of Dixie‘s Jaime King in her first film for the network. This morning, I jumped on the phone with Macfarlane for a quick chat about the film and his packed project roster. In The Mistletoe Promise, Macfarlane plays Nick, a Christmas-phobic family law attorney who strikes a pact with fellow phobe Elise (King), who’s trapped in a combative business partnership with her ex-husband that always escalates at the holidays. What begins as a congenial idea to help each other grows into something more as each rediscovers something they’d thought they lost, because, well, Hallmark Channel.

Macfarlane is happy to be in the rotation of talent the network calls on for their movies. “I’ve become a bit of a go-to guy for Hallmark. They’re always very lovely to me, and [the movies are] always fun to make,” he says. “I read the script and said, ‘This one’s funny. Sign me up!’ I had a very busy year, and my mom is more excited about my Hallmark movies than everything I do.” Fore fans of the novel, he says it’s a bit lighter in tone. “I only heard about the book afterward,” he explains. “We depart from the book in a lot of ways. The book is darker, I’ve been told.”

Unlike last year’s Christmas Land, which found the cast shooting in an early winter in Utah, this film shot in the summer in Vancouver, so the cast was sweltering in their coats and hats. “It was hot, and we’re wearing jackets and trying not to sweat,” says Macfarlane. “I tend to sweat a lot anyway. When we did the ice skating scene, it was in a cold building, so it was like, ‘Oh, thank God.” Most viewers recognize Macfarlane from his day job on Killjoys, one of our favorites here at TV Goodness. The second season, which concluded in August, expanded D’avin’s role into the larger Level Six mythology. “I didn’t know where he was going. Aaron Ashmore had specifically asked to get information [on Season 2] and I had specifically asked not to,” he recalls.

“Michelle [Lovretta] asked this year [what we wanted to know]. I didn’t know anything about [last year] and I think I will continue not to know. That’s the way I work. I like to be a little bit blind. That could change.” “I think [in Season 2, D’avin] kind of figured out for himself and the team, ‘This is where I’m needed and this is where I’m useful.’ I think that’s a universal journey. That was exciting. And I loved doing all the fight scenes and I hope to keep doing that.”

He also enjoyed the arc with Sabine (No Tomorrow‘s Tori Anderson) that started casual and light and went somewhere unexpected. “In this amazing sleight of hand, she takes control and is the person in control,” he points out. “I loved working with Tori. It’s actually a testament to our casting that they get these wonderful actors.”

This past summer, The Night Shift fans were treated to Macfarlane’s return in a storyline that had Drew and Rick expanding their family. “They had wanted [me to do] more episodes, and I said, ‘I can’t because of Mercy Street,’ so I flew down on one weekend and we did two episodes,” he recalls.

“That’s the only way we could make it work. It was a bit of a bummer. I’d like to do more. I definitely expressed interest in going back if they get picked up. We’ll wait and see. I love working on that show.” In January, PBS will roll out the second season of Mercy Street, and The Chaplain will get a mystery of his own. “They gave me some really good stuff this year,” he shares. “The Chaplain has some demons. I got to do a little bit of the stunt choreography I like so much, as The Chaplain. I’ll also tease that there’s water involved.” 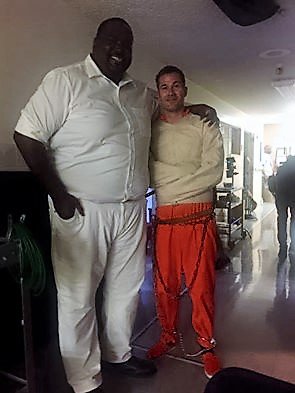 This fall, Macfarlane worked alongside a who’s who of Hollywood history to shoot Rock, Paper, Dead for Fright Night master Tom Holland. “In an effort to keep my year as confusing as possible. I had to round it off by playing a killer,” he laughs.

“It’s an amazing project. It has Victor Miller, who wrote the original Friday the 13th, and the hair and makeup people are legends in the business. It’s almost more a psychological thriller, so it’s this really interesting psychological thing. I had a blast. I adore Tom. We got along really well. It was truly a positive experience.” 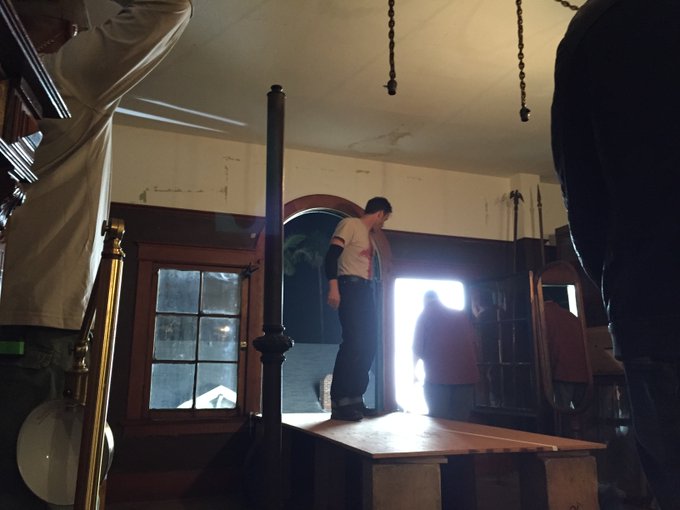 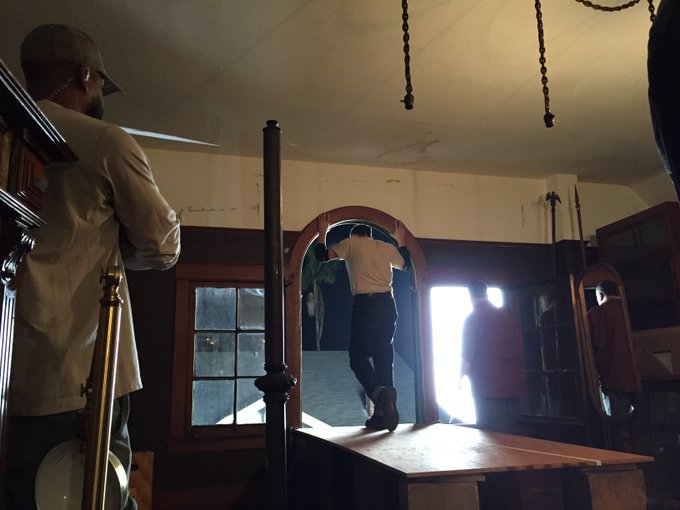 About to throw #LukeMacFarlane out a window on #RockPaperDead Good times!

Macfarlane goes back in front of the camera for Season 3 of Killjoys in January, which will return on Syfy next summer. Mercy Street begins Season 2 on January 22nd on PBS.

Hi. I’ve just added screencaps from “The Night Shift” 3×13 in the Photo Gallery. Thanks to Samantha from Brendan Fehr Online.

Hi. I’ve just added screencaps from “The Night Shift” 3×10 in the Photo Gallery. Thanks to Samantha from Brendan Fehr Online.

Tonight Luke is on episode 10 of the third season of “The Night Shift”. Tune on NBC!