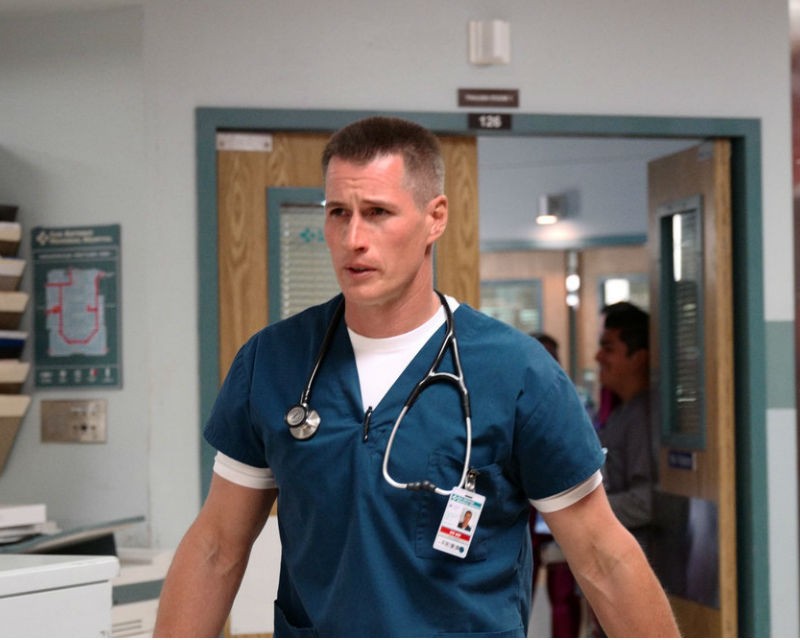 The Night Shift‘s Rick Lincoln is on his way back.

Drew (Brendan Fehr) and Rick (Luke Macfarlane) tied the knot back in “Darkest Before the Dawn,” but fans have yet to see the pair settle into marital bliss. Drew’s deployment sent the medic oversees almost as soon as they signed their marriage certificate, and, now that he’s back state side, viewers are hoping to see him bring Rick back into the storyline. Thankfully, The Night Shift is more than willing to oblige.

In fact, the couple may soon make their family a little bit bigger.

“Macfarlane reprises his role for several episodes beginning Aug. 3, when Rick and Drew attempt to adopt a 14-year-old patient who has spent much of his young life in and out of foster care,” TV Line announced on Monday.

This won’t be the only time Drew takes an interest in a troubled youngster this season. Titled “All In,” episode 8 will see the doc bond with a woman’s “scared young foster daughter, the team discovers the mother has a secret.” Are these two storylines in any way connected? Fans will have to wait and see.

In the meantime, The Night Shift will bring a supersized helping of mayhem to screens this Wednesday. “Get Busy Livin'” and “Hot in the City” will air back-to-back on Jun 29, and each hour will up the drama on more than one level (see a preview below).

“A college co-ed falls from a balcony and once she is in the ER, TC (Eoin Macken) and Paul (Robert Bailey Jr.) find that her situation is even more complex,” NBC teased. “Jordan (Jill Flint) bonds with a terminal patient who teaches her some important lessons about living.”

TC, meanwhile, will have to deal with his sister-in-law as a new pharmaceutical rep creates a little (sexual) tension at San Antonio Memorial.

At 10 p.m. ET, “Hot in the City” will see tensions boil over as temperatures climb. Interpersonal relationships will be rocky heading into the episode, and a broken air conditioner will turn the team against each other.

Find out more when The Night Shift airs Wednesdays on NBC.